The Castle Athletics boys 15U team traveled to Orlando to compete in the AAU Memorial Day Classic and returned undefeated and with a championship in hand. In pool play, the team took down FG-Miami Dynasty Black 51-39, Team Dynasty 59-38, and Ultimate Warriors-Armour 60-35. In the knockout round, Castle again beat Ultimate Warriors-Armour 54-32 in the Semi-finals and then bested Mayaguez PR LJJB 70-52 for the championship. Coach Mejia noted that the team has truly come together and played cohesively throughout the tournament, getting contributions from all players. Coach Mejia referenced the strong inside play of Steven Solano (7 blocks, numerous dunks and countless rebounds) and Moussa Samake, outside shooting of Clive Thompson, defensive presence of Tyson Clark and all-around play of Mathew Morales and Dayn Campbell.

The team continues its play in June and July, including attending several high-level events during the “live period”. 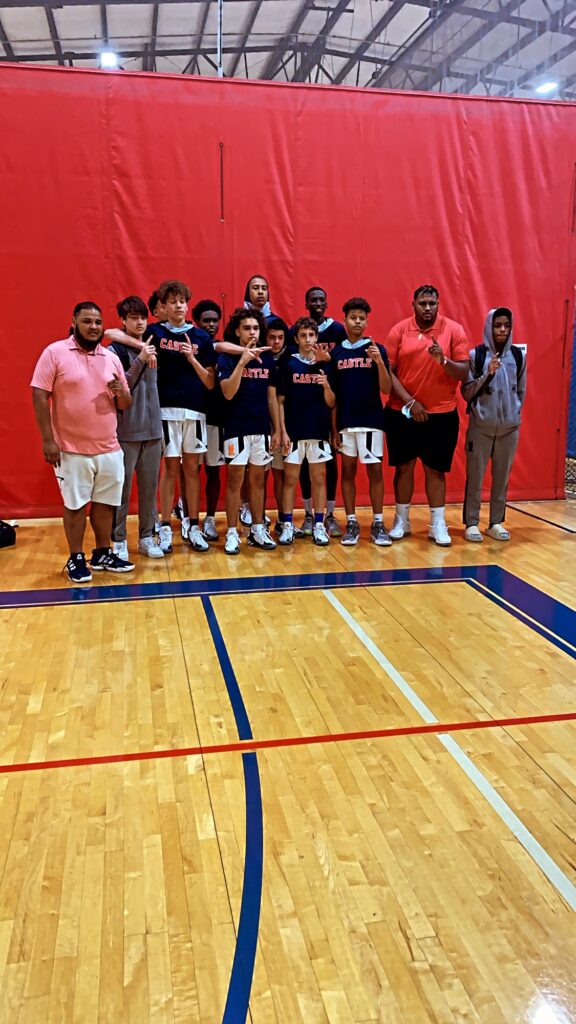