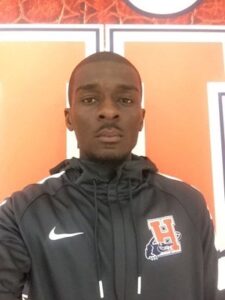 Coach Shaw has been a major presence in New York City’s girls Grassroots, collegiate and scholastic basketball scene for many years.  Before joining Castle Athletics in 2021, Coach Shaw spent 2016-2020 as a coach with the New Heights girls AAU program, patrolling the sidelines with the 16U and 17U teams and producing countless Division One scholarship players.  Besides Grassroots, Coach Shaw currently serves as the Hostos College Womens’ Head Coach.  Prior to that, Coach Shaw spent the 2020-2021 season as the Head Coach at Bronx Community College, where he over saw a successful recruitment effort to rebuild the program, and the 2018-2020 seasons as an assistant coach for the Hostos Mens’ basketball program.  Coach Shaw also helped lead the Nazareth Regional High School Girls’ Basketball program from 2010-2018 as the varsity assistant and head JV coach. Coach Shaw was responsible for player development at Nazareth where he oversaw the growth of a nationally prominent scholastic basketball program.  While there, he developed dozens of college players including eight McDonalds All-Americans that would go on to play Division One basketball.  Coach Shaw, presently a Physical Education teacher at Nazareth Regional High School in Brooklyn, New York graduated from Brooklyn College in 2010 with a dual degree in Physical Education and Exercise Science.