Castle Athletics is proud to announce that Steven Tenorio, a student athlete on the Castle Boys 13U Team and previously recognized as a Castle Student-Athlete of the Month, was named Salutatorian of IS 528 at the Bea Fuller Rodgers School in Washington Heights this June.  Steven has always been a strong, dedicated, vocal and academically achieving student.  But, this year, in 8th grade, he knew he would have to shift into another gear in order to reach his full potential as a student.  So, he dedicated over an hour a week to studying Geometry and Science with the Castle Athletics Khan Academy tutoring program.  Castle requires all student-athletes to complete weekly online virtual tutoring in order to participate in any games or activities.  Steven never missed a week. The focus and structure provided by weekly tutoring created the scaffolding for his success to grow and he was rewarded with the honor of being named Salutatorian.  Coach Jessie Sapp noted that “Steven has pursued strongly his academics and realizes that, to be complete, he must be well-grounded in both athletics and academics.  We are so proud of his development and know that he will continue on this tremendous path.” 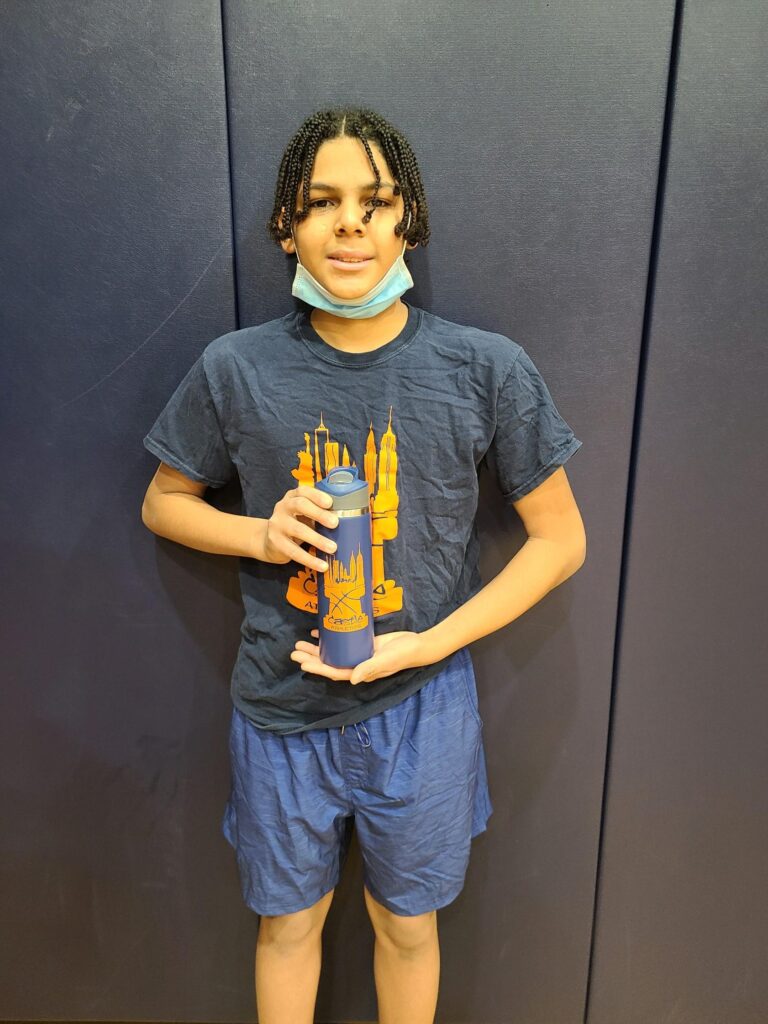 Castle Athletics has a deeply ingrained programmatic commitment to not only the athletic development of our student-athletes, but also, to their academic successes.  Steven Tenorio exemplifies our mission of supporting the growth of student-athletes in NYC.

Last weekend, all six Castle Lady Knights teams took to the hardwood in Albany to face the Gym Rat Challenge.  And, while it was an endurance test, they certainly proved worthy of the Challenge.  The Girls 15 and 16U teams took home the Rat Trophy, while two others lost in the championship games and another lost in the semi-final game.  A tremendous showing from the entire Girls program.  Rock Rosa, Castle Girls Program Coordinator, stated, “we could not be more proud of the way our Girls play and the sportsmanship which they display.  We compete every game and we do it the right way.”  This was echoed by Coach Chez Williams, coach of the Girls 13U and 16U teams.  “All year, we have been building and building so that the team develops as a cohesive unit, and the results are speaking for themselves.  We are looking forward to the Live periods where our student athletes can display their talents and their desire to play at the next level.”

The teams head off to Spooky Nook this week to play in The Prime Event East.  Looking forward to another great weekend. 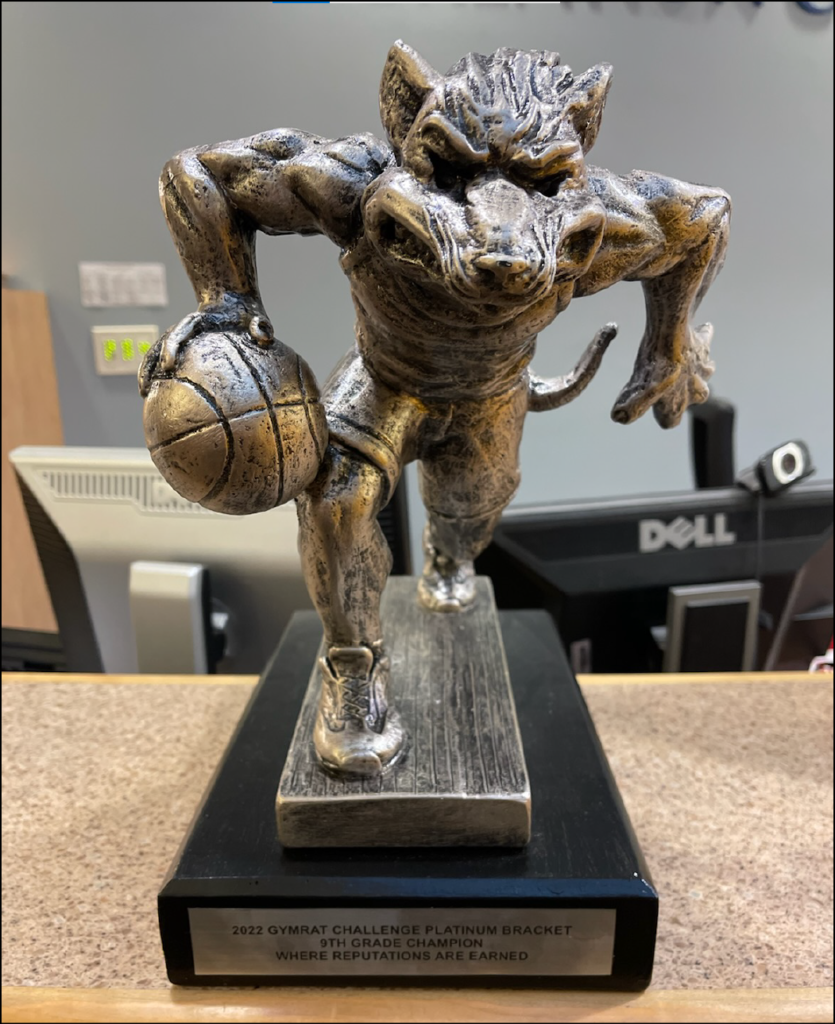 The Castle Athletics Lady Knights traveled to Spartanburg, SC over the weekend and displayed that they are a force to be reckoned with on the Adidas Circuit. Overcoming unexpected logistical issues in getting to The Palmetto State, the teams regrouped and played strong team ball throughout the Session. The 15U squad went 4-0. The 17U team went 3-1. And the 16U unit played some tough games, and lost a key player to injury, before finishing 1-3. Coach Chez Williams of the 15U Lady Knights was nonplussed by the success. “We know that we have a very talented group of young women that can play with anyone-play great defense and team ball. The result is indicative of that.” Equally satisfied were 17U coaches Rock Rosa and Marquee Poole. Coach Poole noted that “the Castle women are some of the best and complete players in NYC. They come to practice, work hard and are determined. More importantly, they are focused on their studies and making a mark in the future. We could not be prouder.”

The Castle High School Girls continue their Spring season with the NYC Rose Classic playoffs and then on to the Gym Rat.

by Greg
107 Views00 Likes
The Castle Athletics Girls and Boys High School teams have hit the courts and are playing at the highest levels.  After dusting off the competition during the Rose Classic regular season, with each of the G15, 16, and 17U teams going undefeated, the three teams head off to Spartanburg, SC to compete on the Adidas 3SSB Circuit.  Rock Rosa, Castle Girls Basketball Coordinator and Coach of the G17U team, expects great things from his charges.  “The ladies have been practicing hard and playing well together.  They share the ball, defend well and play as a team.  We look forward to it carrying over this weekend.”
On the Boys side, the High School teams just concluded a swing down to Virginia Beach to play in the Big Shots Tourney.  There, the B17U and B15U squads went undefeated, each swiping the Championship in the Slam brackets, while the B16U made it to the semi-finals.  Herc Mejia, Boys High School Basketball Coordinator and B16U Coach, said “each time out on the court, we show we are one of the best teams and program in the country.   We look forward to taking on all competition and playing at the highest level.”
Good luck in Spartanburg ladies!

Ten Castle teams have hit the road this weekend to play in events throughout the country. The Castle Girls 15-17U teams have headed up to Albany to participate in Gym Rat Live, an invitation-only event. The 15U and 16U teams have started strong in the Rose Classic, with both teams going 3-0. Last week, the 16U Girls took down the SI Diamonds38-16, the NY Grit 56-39 and the CBC Reign 48-34. The 15U squad went undefeated the week before. We look forward to the 3SSB teams to have a great weekend in the State Capitol.

The Castle Boys High School teams have trekked out to Indianapolis for the Adidas Gold Circuit. The teams have looked sharp in their opening events and the 16U squad has already taken down its first opponent in Indy.

The Boys 11-14U teams are in King of Prussia, PA for the Adidas Jr. Exposure Series and start play this morning. All four teams have been thriving in Winter play and have bolstered their rosters through recent tryouts.

The Castle Girls 15U team started off the Spring season with a trio of games in the Rose Classic and they took care of business. Not only that, they certainly went up in class, taking on and disposing of two Girls 17U programs. First, Lady Knights played the New England Crusaders 17U team and, using solid team play, won the game 36-23. Next, Castle took on the Premier Basketball 17U squad and again won 50-45. Finishing off the afternoon, the team turned aside the Riverside Lady Hawks 15U team 46-23. Coach Chez Williams could not have been more proud of the strong kickoff weekend. “It was great to see the team come together so quickly. The passing, rebounding and defensive effort were all there. Thee was cohesion offensively and this lead to chemistry up and down the roster. We are looking forward to the season and continuing with the same effort.”

Next up for the ladies is Gym Rat Live in two weeks.